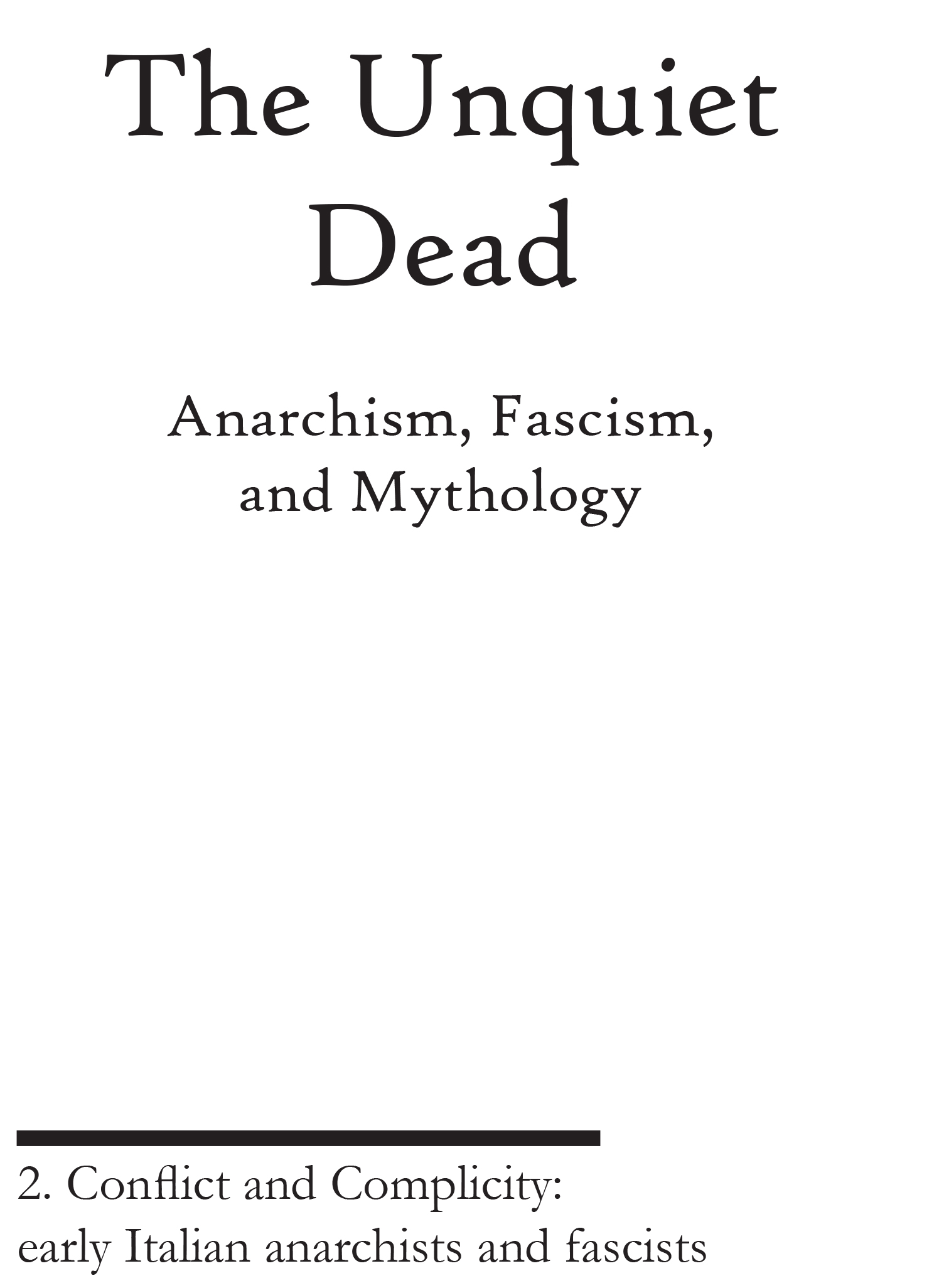 Chapter two of this multipart series discusses the rise of fascism in 1910s Italy, the historical and class factors that contributed to its rise, and its associated mythologies. It also describes the challenging and complex history of the Italian adventure in Fiume and the relationship of Marinetti's Futurism to fascism.

The full text is available at unquietdead.tumblr.com; we will be posting recordings of other chapters in the future.

"Fascists and anarchists have been enemies for nearly a century... but that was not always the case. Before Italian fascism was clearly the horror it became, many anarchists converted to fascism, or found common cause with its followers; and fascism drew inspiration from anarchists for some of its more interesting early experiments. Anarchists and fascists reacted against the same material conditions, and had many shared negative goals in the short term, though deeply conflicting positive goals. A decade later, anarchists fought fascists in the Spanish Civil War, as we discuss in the next section, and have done so in many other places and times. How did things change? How could such bitter enemies have ever been complicit in each other’s development?"

"If the anarchists are not careful, their enemies will write their history"

"In a time of liberal governance, anarchists can confuse their rebellion against all authority with causes they would never support out of context. May we remain critical at all times, and never mistake our enemies for friends, or the enemy within as a source of revolutionary vigor. Complicity is not inevitable."

Uploaded by resonanceananarchistaudiodistro on January 11, 2018